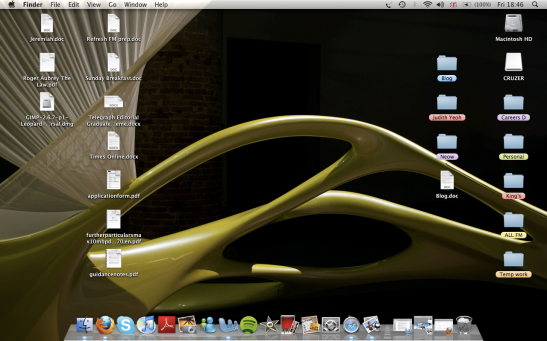 Here is a picture of my current desktop. It is the JS Bach/Zaha Hadid fusion of classical music and contemporary architecture, a performance at last year’s Manchester International Festival. I knew about this event while I was interning at MUSO classical music magazine.

Buildings, space, architecture and design have always been a life-long passion of mine. Unfortunately, my skill lies in the appreciating rather than the creating. My first ambition at age 10 was to be an architect, but I figured in my later years that I had no interest in the math. And so I pursued my higher passion – writing.

I need some space
I have heard many times that God is an architect, and I really want to know what that means. John Lee from the LICC team wrote in Design for Life that spatial awareness is given by God so we can better understand the world around us. 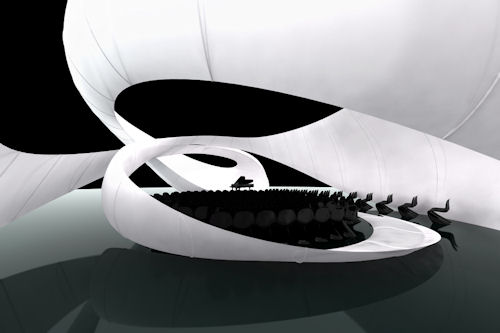 He refers to the Stirling Prize for architecture, which was awarded this year to Maggie’s Centre for cancer treatment in West London for its creation of space to support a community under one roof. “Though not religious in content, it speaks of giving a dignity to human relationships by taking great care in its internal organisation,” he writes.

He concludes by urging readers to judge architecture not by its image but by the way they put people at ease together for a purpose. The Stirling winner does both well, but ultimately space is more important than appearance, because it shapes how we relate to one another and to God.

I want a big house in a hot country
The typical Manchester townhouse was a huge shock for me when I first saw them. Narrow corridors, steep staircases and partitions for every ‘room’ were terrible for moving around. Even the good-sized family home in the suburbs did not meet my expectation of adequate space.

As you can probably tell, another obsession of mine is having lots of space in a big house. They were definitely influenced by the American home magazines I used to browse as a child, dreaming of patios, foyers and balconies in the sun.

I realise this is not likely in the UK because of the weather. Open plan homes are not very popular because of high heating costs, therefore partitions are necessary to keep the room warm.

So it looks like my ultimate dream is still to be in a warm country, despite the affinity for Enid Blyton-esque homes in Levenshulme and Liverpool. I have my eyes set on my grandmother’s house in Penang, but who knows if I will inherit it.

But even if that day never comes, I hold onto this always – that there are many rooms in my father’s house, because if this wasn’t true, his son would have told me so. He has gone to prepare a place for me, and he will come back and bring me so I can be where he already is (John 14:1-3). Yay!!

This entry was posted on November 7, 2009 by wanphing and tagged architecture.