At the school gates
Sis and I are running errands in town again, when we realise it is almost 1pm – the end of the school day. A Chinese primary school is nearby so we walk to the school gates to reminiscence on our childhood and make cultural observations.

We can already see parents and carers waiting under umbrellas and tree shades. Bus drivers recline on their driver’s seats. Their little portable fans are swinging back and forth, as they wait for the bell to ring. We join the crowd, pretending to wait for our… err… little sister. 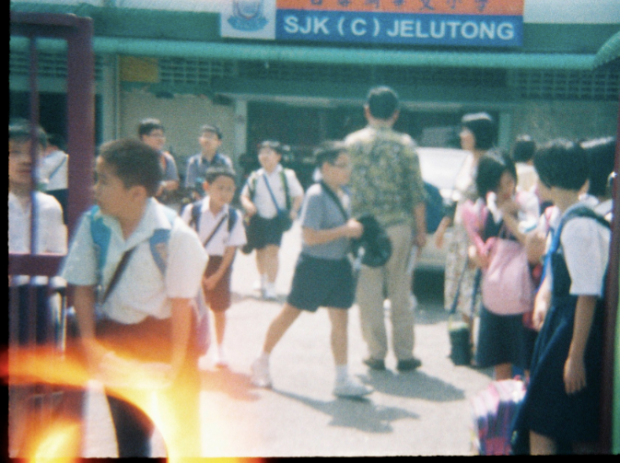 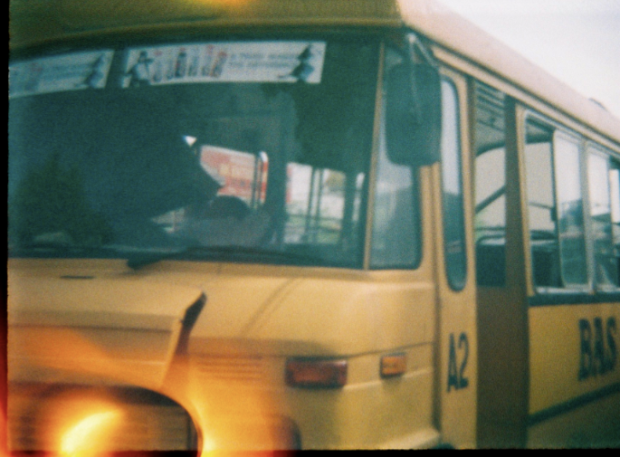 School buses have alphanumeric codes so children can recognise them

Some are running, some are skipping. Some are racing each other out, their SWAN schoolbags bigger than their backs. Most parents receive their child by removing the schoolbags from their shoulders, then letting them into the vehicle.

Some rush into the school bus, ready to claim their seats and play a game with their fellow student passengers. Some walk home with their Indonesian maids. 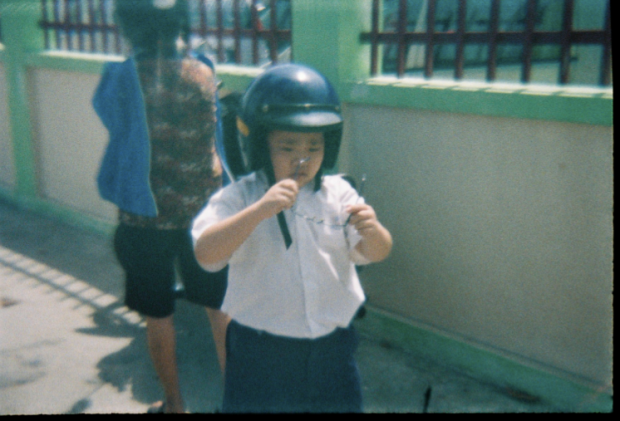 The arduous task of wearing a helmet with glasses

We watch as this boy is received by his grandmother. She removes the schoolbag from his shoulders and gives him his blue helmet, which has a yellow reflective stripe. Before that she beats the leather seat so it’s not too hot for her grandson. He takes off his glasses to put the helmet on, and then he puts his glasses back on.

Sis captures this on her disposable camera, and I want to cry because I remember when Grandpa used to beat the leather seat for me. I would climb on the back of the motorcycle and hold on real tight to his waist.