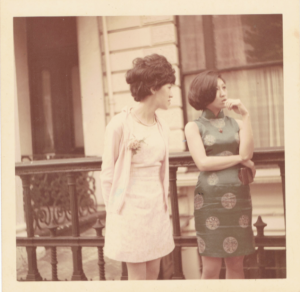 The European Dream, however, may sound archaic, outdated and unfashionable. It reeks of the World War, grime and overcrowding. If America is a young girl, then Europe is definitely an old man. But for me, the European Dream is as real and as fascinating because it exists in my head and in my heart. Though I do not feel or see it that often, I know it exists. It is the only reason I am here in Manchester.

It all started in primary school, reading mythical English books like Looking for Ilyriand by Jay Ashton, No Need For Heroes by Brian Ashley, My Daniel by Pam Conrad, Dreamgold and The Throttlepenny Murder by Roger J. Green.

It was further developed in high school by LIFE’s picture travel books, dusty and hidden in the back row of the school library. Scandinavia, Eastern Europe, Germany, Portugal all but opened up an entire world for me through photojournalism of Europe in the 60’s.

Later on, the movie The Bourne Identity (2002) would reinforce this European dream. Filmed in locations from Zurich to Paris to Greece, I came out of the movie theatre, aged 16 and a year away from finishing high school, knowing that Europe was where I wanted to be.

I left my family behind in pursuit of this dream, and even parted ways with best friend S and youngest sister T who went to Australia. I abandoned the North American Twilight/Forks dream, shelved away a life in the Australian sun and sea and came in pursuit of grimy post-Industrial Revolution Manchester.

Despite my initial disappointments, there are pockets in this city where I catch glimpses of this European dream, in fleeting déjà vu-like moments. For now, I am at peace with where I am. Home is the where the will of God for my life is.