“The making of resolutions implies a felt need for transformation of some kind.”
– Antony Billington, LICC

How are the resolutions looking this far into January? In my Christmas post I talked about making realistic resolutions. This year I made only one, because one is a realistic number, and it is to stop having milk in my coffee.

But even before the New Year, I’d resolve to make a few changes in my life, among them:

1) Cutting my hair boy-short
Reasons: I haven’t had boy-short hair since age 10, when I really did look like a boy and I wanted something that wasn’t a usual trim and fringe. Also, my curls were turning into dreadlocks near my neck and I also did like a model’s short hair in ASOS’s magazine.
Result: Thankfully the cut suited me. It hid my face’s wide frame and also gave the illusion that I was skinnier. And no need to use conditioner ever again.
Recommendation: Try something different and you’ll surprise yourself. If it doesn’t work out, it’s not the end of the world. 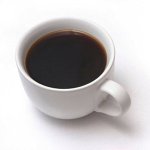 2) Disabling spell check on Word
Reason: I went for an interview with a regional newspaper and discovered I couldn’t spell words like ‘siege’, ‘aggressive’ and ‘occasion’. I realised I had slacked in my spelling and grammar due to reliance on Microsoft Word’s auto correct. I went home, disabled it and the next day I got a job as a copywriter.
Result: I have not turned auto correct on since July 2009.
Recommendation: TURN IT OFF!

3) Deactivating Facebook
Reason: Spending too much time browsing and coveting other people’s lives, distracting me at work and feeling the need to read every news feed on my homepage. News, whether Facebook, BBC or office gossip, can be addictive.
Result: I went cold turkey for three months but have since reactivated Facebook. However, I now have less desire to ‘browse’ people’s lives. When I find myself doing it mindlessly, my willpower is now stronger to just stop it.
Recommendation: Facebook is a really good tool to keep in touch with friends (esp. those abroad), so I wouldn’t go so far as cancelling the account. Go cold turkey for over a month and when you reactivate, you’ll find you’ve missed too much and won’t be bothered ‘catching up’ anymore.

4) Deactivating Twitter
Reason: Similar to Facebook, it was the need to read every single Tweet that appeared on my homepage. If I didn’t catch up, I felt like I would miss something important.
Result: FREEDOM! and one less thing on my social media calendar, but have resorted to ‘tweeting’ non time-sensitive thoughts on this blog. However, I reactivated Twitter in preparation for my new job.
Recommendation: Don’t bother with Twitter if you’re getting news on other platforms. THERE IS NO NEED TO KNOW EVERYTHING EVERYWHERE!

5) Going swimming every Tuesday
Reason: Working in a predominantly female department where daily conversations on calories, going to the gym and House of Fraser sales thrive, I have decided that exercise really is good. A desk-bound job also means I am now walking and moving less.
Result: With lapses here and there, including a 2-week and 3-week hiatus during November and December. However, I will not give up!
Recommendation: Don’t fall into the ‘if I’m having one chocolate muffin now I might as well have another’ trap. If you’ve missed a week, go back the next.

6) Going black for my coffee
Reason: The desire to cut out as much dairy as I can, as it apparently clogs up the liver and causes bad skin.
Result: Only works with filter coffee, as instant tastes terrible without milk. It saves me some pennies (45p a pint) and if I don’t have milk at home, I would not want coffee, reducing my caffeine intake. Catching two birds with one stone.
Recommendation: Your body can be trained and conditioned. Don’t feed it meat, and it will never crave meat. Don’t have milk in your coffee, and it will soon stop craving milk in coffee.

“Fruit needs to be cultivated; lasting change does not arrive overnight” – Billington, LICC.