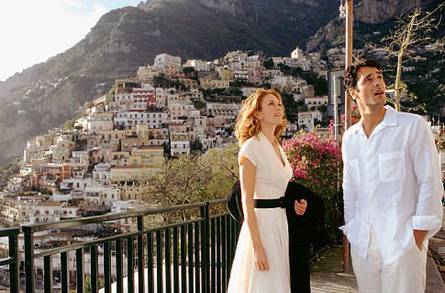 “What brings you to Positano?”

This is the line uttered by Raoul Bova, my Italian sister’s favourite actor in the movie Under The Tuscan Sun (2003). In this scene, he asks his American lover Diane Lane what she is doing turning up in his hometown by surprise.

The wonderfully dressed, Vespa-riding Ms Lane remarks, “What brings me to Positano?” as if he didn’t know. Just then, a sexy Italian woman comes out on the balcony wearing only bed sheets. 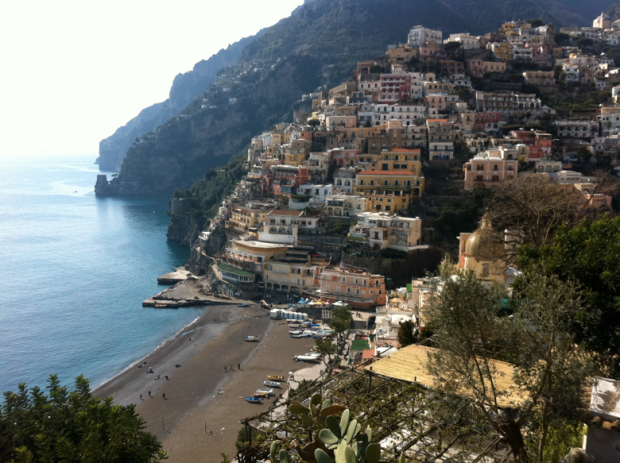 Last week I was in Positano on my travels along the Amalfi coast. I started from Naples and finished in the port town of Salerno. I made my stops in Sorrento, Positano and Amalfi – and of the three, Positano was my absolute favourite. 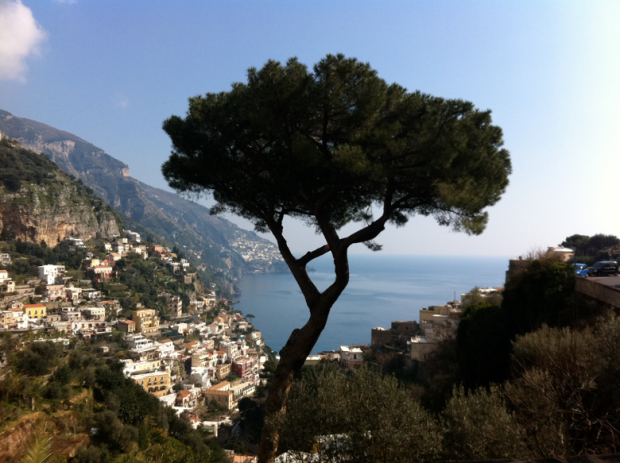 I took great pains to get this photo (above), walking along the hot and winding road in the dead heat of the afternoon, with no one except school children and the occasional tourist. I took this picture standing on someone’s front staircase.

The Amalfi Coast, known simply as the Costiera, is a World Heritage Site described by UNESCO as ‘an outstanding example of a Mediterranean landscape, with exceptional cultural and natural scenic values’. 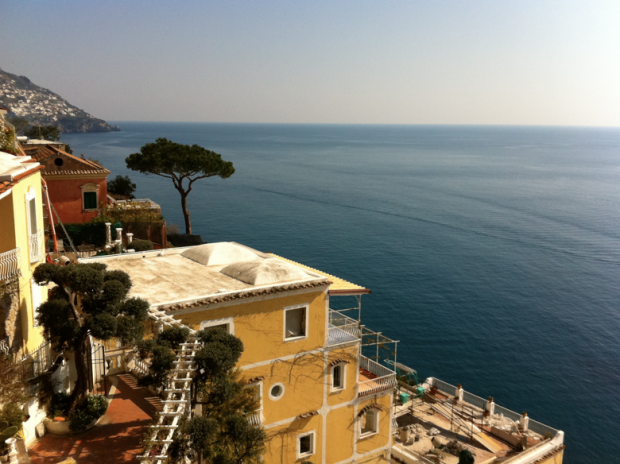 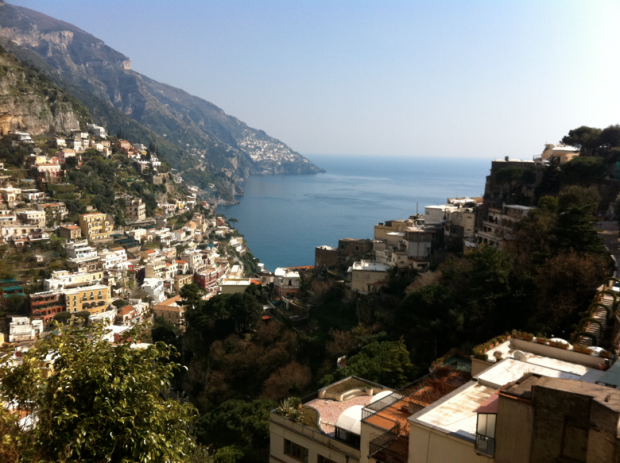 Founded in the 4th century AD and favoured by the Romans, the towns along the coast were heavily involved in trading spices, perfumes, pearls and textiles from the east – resulting in townships with distinctive Arab-Sicilian architecture with its maze of alleys and stairs.

The coast gets swamped by tourists (both local and foreign) in the summer months, so if you’re like me and you hate crowds, try to go off-peak as the coast is warm enough (15°C-20°C) from the months of March to May – where you’ll even get all the views to yourself and feel as though Positano was there just for you. 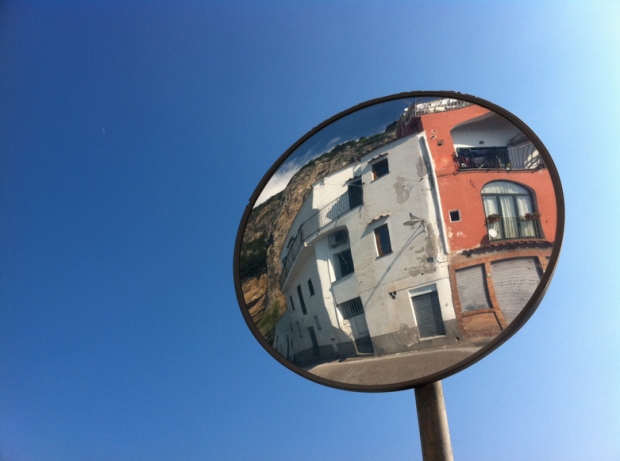 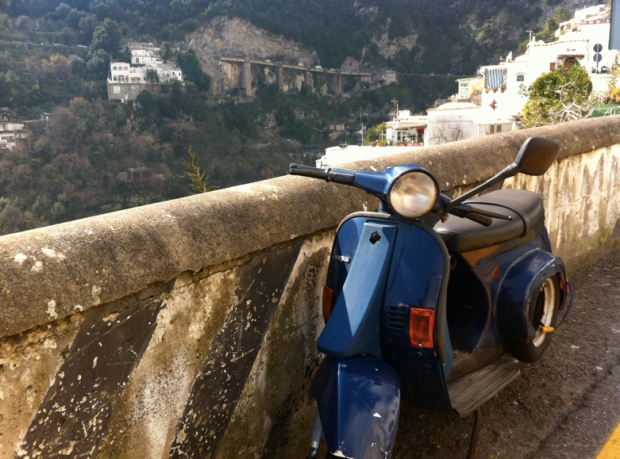 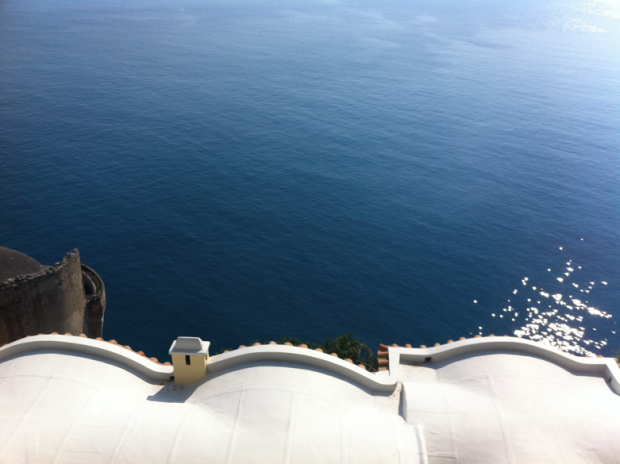