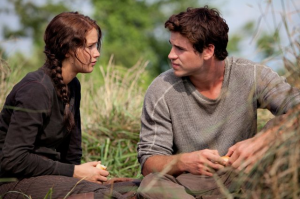 It’s not often that a story can really grip me and grab my attention, but The Hunger Games trilogy by Suzanne Collins has done just that.

It all started out with an unsuspecting movie outing with a few friends to Cineleisure. It was a midnight screening and I really wasn’t expecting much. I’d only briefly heard it being compared to Battle Royale (1999), which is a story I’m familiar with, but nothing came close to how I awed I was with the story.

The Hunger Games is classified as teen fiction, but I was surprised by how sophisticated the story was. Set in the future, the story deals with unpopular topics like poverty, war, injustice, oppression and a brutal government. 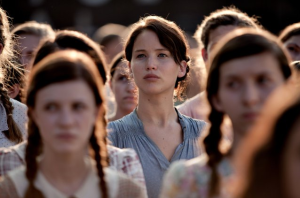 The first thing you realise about the film is how poor the people in the districts are compared to those living in the Capitol. In the film, the blue and grey of District 12 is starkly juxtaposed with the ridiculously bright colours of the Capitol. The contrast is almost comical, as you see the pale gaunt faces of the district children next to the lavish and fattened Capitol people. 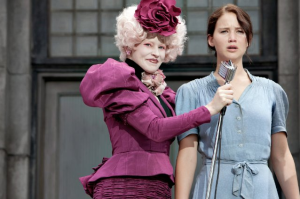 The first word that came to my mind was “irony”, and how unsettling it was that these people were living in pointless luxury and gluttony – the mountains of chocolate cakes, strawberries, apple pies, lamb stew and suckling pig – at the expense of the other districts, for whom bread and sugar were balloted.

If you read the books, you’ll find that Capitol citizens were in the habit of drinking a toxin so they could throw up and eat more. Cosmetic surgery and disfiguration were also the norm, as they anticipated new features like orange skin, cat whiskers and body implants. 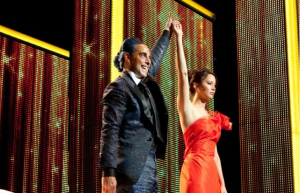 Not least of all, there is a lot that the books have to say about our entertainment industry. It’s about how a government can keep people distracted and pacified by providing them with an exciting reality TV show – The Hunger Games.

The build-up and frenzy to these games is of a similar scale to the Olympic games, where tributes are paraded in an opening ceremony filled with pomp and fanfare. Fashion designers are brought in to dress up the tributes according to their district specialty. Once the winner is crowned, he or she is expected to go on Victory Tours, similar to a beauty pageants’ charity duties. 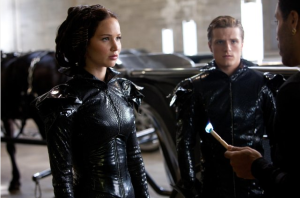 Not unlike the X-Factor or American Idol format, there are pre and post-games interviews with the tributes. Each pair is also assigned a mentor, usually a former winner of the Games, who will guide them on their strategy for winning.

For the protagonists in the story, Katniss Everdeen and Peeta Mellark, they are told to portray the star-crossed lovers in order to gain the sympathy and votes of viewers and sponsors.

Conclusion
It’s definitely unfair to compare The Hunger Games with Battle Royale, which is a purely indulgent novel/movie glorifying violence with no purpose to educate. Worse, The Hunger Games has even been compared to the Twilight saga because of its appeal to teenagers and supposed love triangle.

Twilight is nowhere as rich and has no deeper underlying themes than that of identity. The Hunger Games is able to hold its own thanks to its far superior storyline, plot, themes and character. I’m really looking forward to the next movie, Catching Fire set for release in 2013.