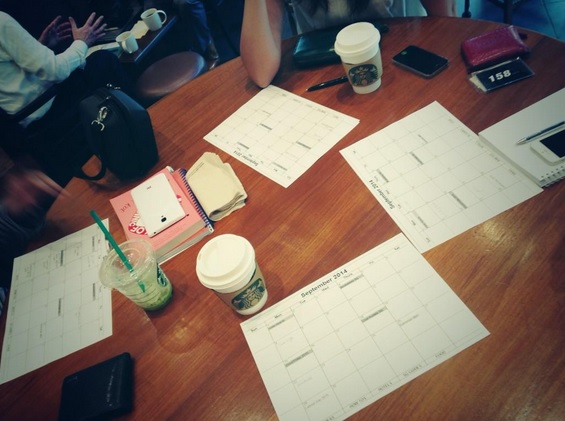 A big chunk of my July was spent in the UK and Italy. I took a month off work to attend a friend’s wedding in Coventry, attend an Arvon writing course in Scotland and even drive from Milan Malpensa to Lake Como. August began with jet lag, with eyes wide staring at the ceiling at 2.30am for five consecutive nights. This was also the time I began writing flash fiction and I’m happy to say I finished a collection of eleven short stories. They are currently sitting in a folder waiting to be reviewed when I have the courage and the energy, and hopefully, published to the big wide world.

I met up with a lot of writers in August; once at the Toa Payoh Library for the monthly Writing the City meet-up. We had a special guest appearance by local author Suchen Christine Lim, who taught us to empty our minds and “write like a butterfly”. I think I lost a chunk of my mind after that, which I’m still trying to get back. Afterwards, three of us gathered in Starbucks to ponder about life as writers in Singapore. I also attended a Storycubes writing session the week after, which ended with a McDonalds meet up pondering about life as writers in Singapore, yet again.

I read a lot in August. It was the month I revisited Animal Farm by George Orwell for the second time, Little Tales of Misogyny by Patricia Highsmith, Becoming Hannah by Hannah Yeoh and The Supernatural Ways of Royalty by Kris Vallotton. A special woman called Victoria also came into my life and fed me homemade chicken rice in her house on Kim Tian Road. I was there to greet / jemput an old and loved friend called Laura at the airport. I love picking people up at airports. August is coming to an end… I’ll just have to breathe.. just 5… 4… 3… 2… 1 more day… and I can finally get my pay. C’mon August get a move on, don’t just be chugging along!