I’d forgotten to review the last half of 2019 since my last post in August, where I’d just come back from a Merdeka weekend holiday to Sri Lanka. I had a very busy last half of the year, with work that was never-ending that I’d wish would stop. So here’s what went down in September, October, November and December.

When I came back from Colombo, my September began with a panicked Aeroline moment of dropping my sister off at the bus station, after which the haze descended on the Klang Valley and there were two Saturdays of weddings in a row. My mum and sister were in town and we did a huge Tesco shop over the Malaysia Day weekend, after which I had to fix “house things” like LED lights and water heaters. In the world of firsts, I hosted my first guests at my apartment for a cosy home-cooked dinner, went go-karting at Stadium Melawati in Shah Alam, had my first haircut in KL and scored a try at touch rugby (a history-making day indeed!)

Events wise I went for the YMI Apologetics Conference in DUMC to cover the event for work, attended the Fairytale Salon Conference at UKM Bangi where they discussed my short story “House of Melaka”, saw my short story
The Apparition going live on Ricepaper Magazine and completed fifteen 500-word writing prompts by Furry Little Peach here. In September, I read one book only, and it was Merrick by Anne Rice. It’s my second of her hybrid witches-vampire saga and I really enjoyed being transported to New Orleans for this story. In other achievements, I completed a 1,000-piece jigsaw puzzle of the Vltava Bridge in Prague at night and had a delicious Japanese dinner in SS18 with a friend.

My October went by in a haze and in auto-pilot. I made two trips to Penang, one for the launch of Nutmag Vol.4, a zine for Penang writers where my short story “A Star Has Landed” is included, and the other was for family time. It was my Mum’s birthday and my heavily pregnant sister and my brother-in-law were in town from Australia. On that first trip, there was a major accident on the North-South Highway, which delayed our travel time to almost nine hours from the usual five hours. I used that time to watch First Man (2018), which was a brilliant Damien Chazelle film.

After the second trip, I arrived back in KL straight for the Malaysian Writer’s Festival Finale held at the LINC KL, a very good-looking and instagrammable mall. That was also the Deepavali long weekend, and I spent it with my colleagues over brunch, lunch and a surprise birthday party. In October I watched two films, “Joker” and “Terminator: Dark Fate”, the former which was very very good! I read four books; “Life and Death” by Stephenie Meyer, “Deep Water” by Patricia Highsmith, “Big Fish” by Daniel Wallace and “Romeo and Juliet” by William Shakespeare, all of which I enjoyed immensely. Work wise, I was churning out one chapter a week for a book manuscript (MS), working on weekends and even got to experience a nice charity dinner at SPICE. 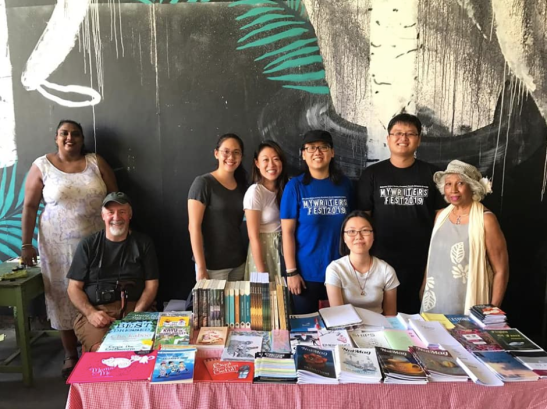 My first weekend of November began with a visit by a friend from Manchester. A few mutual friends and I took him out for a nice dinner at TJ Haus, he joined us for a game of touch rugby and I took him hiking to Broga Hill on a late Monday afternoon. I hadn’t been hiking since March, and I really enjoyed the time outdoors. I discovered a delicious Lebanese dinner place called Hadramawt in Shah Alam, went for my first swim of the year, saw my Terminator: Dark Fate movie review go live, signed up for Spotify Premium because I needed it for writing concentration, explored IOI City Mall in Putrajaya and stayed at Nowhere Hostel as part of a three-day communications training course at The Gardens Midvalley.

In November I read two books; “Go Set a Watchman” by Harper Lee and previously unpublished poems “Peneka Silang Kata” by Malaysian poet T.Alias Taib. That month, I pushed myself a little too hard and was feeling the brunt and stress. It affected my mood and general social demeanour. I was waking up earlier and putting in the hours but still the work kept coming. Perhaps I had left the MS too late, and on top of that I had freelance work with tight deadlines too. Despite all that, by the 29th I had finished the MS after working 8-hour days at home, 11am-7pm with a 30 minute lunch break.

December was much better, and so I was determined to play hard after working hard. Many a Mondays were spent at The Gardens, IKEA Damansara, Publika and The Red Beanbag. I took a one-night trip to Johor Bahru for work, had my first wet market experience at Bandar Puteri, tried my first Costa Coffee in Malaysia ever, did a back alley photoshoot in Shah Alam for work and explored Pudu and Petaling Street for some street food and night photography. Because Christmas was coming up there were many socials and parties. These included a delicious staff lunch, a Brazilian meat buffet, a sit-down banquet at Grand Harbour, a visit to Le Petit Chef KL and drinks at The Iron Fairies afterwards.

In December I had a two-week shutdown period, so off I scooted home to Penang for a much needed break. I made a French roast for my family Christmas dinner, watched a Rai Cinema movie, had afternoon tea with an elderly couple in Tan Jit Seng, caught up with my writing group, paid off my car loan (I’m now officially debt free!) and spent lots of time doing nothing at home. In December I watched two movies in the cinema; “Frozen 2” and “Cats” and read seven books – what an achievement. Two were non-fiction and the others were by Roger Lancelyn Green, George Orwell, Don DeLillo, Patricia Highsmith and Anne Rice.